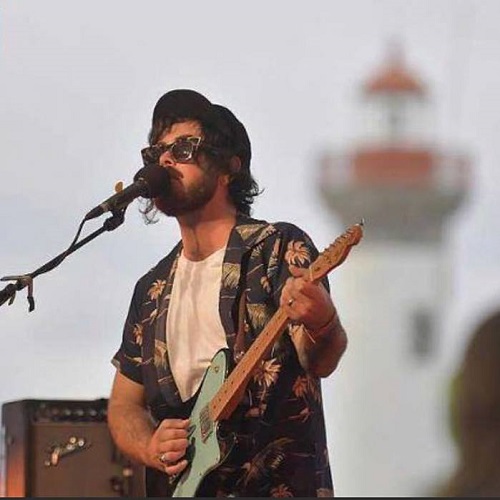 Ben Whiting is genuinely stumped about what he would be doing, if not music. He is what happens when a 90’s kid puts The Police and Bob Marley on high rotation, sits in a beanbag in an old aircraft hanger to watch his extended family play regular jam nights, and is then mentored in playing and touring from age 13.

​Those early influences have guided and continue to teach him, and the result is a gifted singer-songwriter comfortable with using a broad palette of inspiration to create a sound that is wholly his own.

​Early in his career, Ben’s previous band played festivals including Splendour In The Grass and supported artists such as Katy Perry, Grinspoon and The Angels.

He followed this period with a pivot to a folk aesthetic, and has now integrated his rock experience back into his songwriting and performances. The continual thread running throughout Whiting’s various artistic expressions is his ‘virtually flawless’voice (Faster Louder); it cannot help but remain the standout feature.

​Whiting’s self-titled debut EP was released in 2014, followed by his second EP, Private Island, in mid 2017. Accompanied on bass by his cousin Billy Donaldson since they were teens, the pair teamed with Alex Burkoy (Tinpan Orange) on strings and Colombian drummer Victor Salamanca to produce Private Island.

​Ben Whiting and band will head back into the studio to produce their first studio album in 2019.