Michael Meeking And The Lost Souls 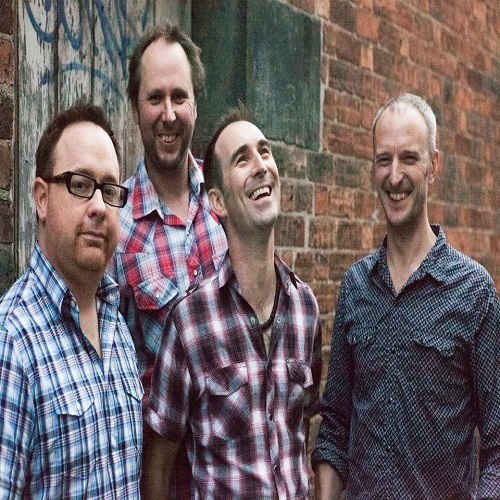 Michael Meeking And The Lost Souls

Michael Meeking & The Lost Souls are excited to release their new album Saturday Night Sunday Morning. The culmination of several years of creating the country-jangled rock sounds the are now embedded on the album forever, Michael Meeking has released an album he is immensely proud of.
Much of Saturday Night Sunday Morning is rooted in the classic Melbourne country-rock sound of bands such as The Dingoes, Weddings Parties Anything and The Warner Brothers, though Tom Petty influenced ‘Looking For A Change’, Ryan Bingham inspired ‘Back To Life’, and ‘Me And Lucinda’ is a love song to Lucinda Williams.
Saturday Night Sunday Morning is the finest album in a music career that has taken Michael Meeking from Melbourne to London and back again. After six years in London, Michael returned home and re-formed The Lost Souls (Julien Chick on bass, Chris Gates on guitar, and Dave Kleynjans on drums)

They’re joined on the album by some special guests, including Shane Reilly (Lost Ragas) on pedal steel, and Steve Hesketh (The Drones, Jet, You Am I) on pi- ano, while Alison Ferrier and Michael trade lines of lament in ‘Please Don’t Cry For Me’, a heartbreaking tale of sorrow and regret. “Lovin’ ain’t my best game,” Michael confesses. “Always seems to end in pain.”

“Not only a gifted songwriter and performer, the hard-working Michael is one of the genuinely decent people floating around in this thing called the music industry” – Neil Rogers, Triple R
Americana UK declared that Michael had “the rock swagger of The Faces, only more refined and performed better”, while UK’s Maverick Magazine said of Michael’s previous album, 2012’s Ride On: “It’s a bit like listening to your favourite bits of your entire record collection in just 40 minutes.”

The Music’s Jeff Jenkins stated: “The Meeking might not inherit the earth, but he will impress with his passionate Country Rock.”